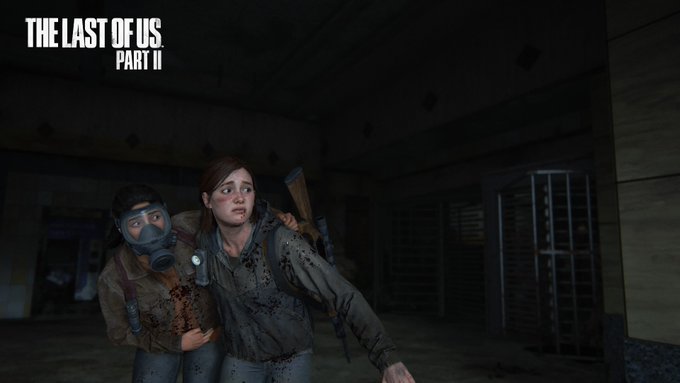 Without a moment's hesitation, I can say that my favorite game of all time is Naughty Dog's 2013 masterpiece The Last of Us. It's a beautiful tale of crushing loss and survival in a zombie-ravaged future that is filled with an overwhelming sense of dread in every crevice but also manages to contain moments of unparalleled beauty. While the series could have easily ended with the first game's heartbreaking finale (more on that later), the mega-hit was clearly always going to get a sequel. So how do you possibly follow-up the greatest game of all-time, and how will that game play out when it coincidentally releases in the midst of a global pandemic? The answer, it turns out, is quite complicated. 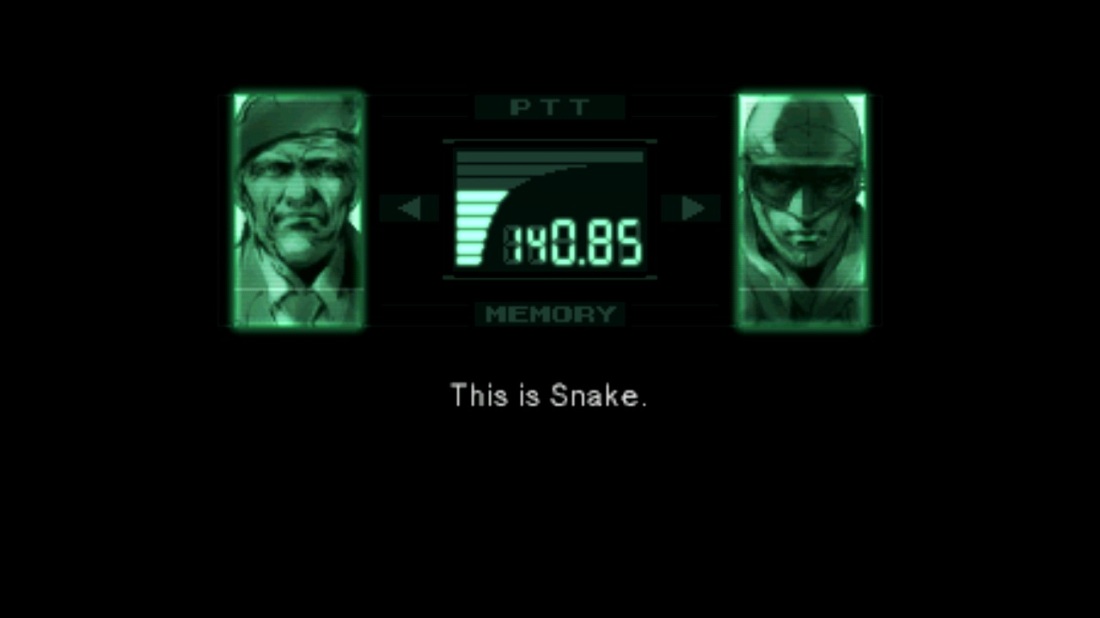 I can vividly remember tearing through issues of Gamepro and Electronic Gaming Monthly back in 1998 trying to piece together just what this crazy looking game, Metal Gear Solid, was going to be. The images were unlike anything I'd seen before, and the idea of a stealth game seemed like an extremely foreign concept to me. After months of waiting breathlessly, I was thrilled to finally dive in on the day that my pre-ordered copy arrived at the local Babbage's at last. Over the ensuing months, I didn't just play the game; I devoured it - running through it four times in fairly quick succession until I had every last nook, cranny, and terrorist deeply implanted into my brain. The promises of those magazine articles had come to fruition, and everything from the crazy uses of the camera to the seemingly endless cinematics, heavy mature rating, and meta-nature of it all felt absolutely revolutionary to my 13-year-old self.

Apparently gaming in 2020 is the year of FromSoftware for me, as the first half which already included Bloodborne and Sekiro has now added 2016's Dark Souls 3 to the mix. Perhaps it was Soulsborne fatigue, or maybe it was all that's changed in the 4 years since it came out, but I found DS3 to be my least favorite of all the Soulsborne titles so far (still TBD on Dark Souls 2 and Demon Souls). Overall it was still a very solid game that provided plenty of fun smashing giant bosses with massive greatswords for 50 or so hours, but it played more like a refined Dark Souls than anything that had something new to say. Lacking the foreboding atmosphere and trick weapons of Bloodborne and the incredible precision of Sekiro, DS3 felt oddly dated and almost a little rough, while also lacking the sense of wonder and amazement that makes that first trek through the original Dark Souls so memorable. Fortunately, though, DS3 manages to pick itself up from some early game stumbles and really gets rolling around the halfway mark, maintaining a high level of consistency throughout the rest of the main game and two excellent DLC packs.

Following thoroughly enjoyable treks through the original Resident Evil and the recently released embodiment of 90's 'splosions, Resident Evil 3 Remake, I decided to hop on over to the Nintendo eShop and take a trip down memory lane with the game that is primed for the next big Capcom remake - 2005's Resident Evil 4. After having failed to finish it way back when it came out and set the gaming world on fire, I was excited to check back in on the game that sent the franchise in an entirely new, over the shoulder, more actiony and less zombie-y direction. From quaint outdated controls to quicktime events and mild workplace sexual harassment, what I found was the most mid-2000's gaming experience imaginable.

As the two posts I previously wrote on Final Fantasy VII this year alone can attest to, the adventures of Cloud and friends from Square-Enix have held a special place in my heart for over two decades. With an (at the time) absurd 50+ hours of side quests, monster battles, and world saving, this epic made quite the lasting impression on my former tween self. While I've loved many Final Fantasy games since then (special shout outs to VIII, X, and XV), none stands out quite as much in my game loving heart. For the past five years since it was initially announced way back in 2015, Final Fantasy VII Remake has oscillated in my brain between sky high expectations and trying to put my guard up to shield myself from the inevitable disappointment. So, did the remake gods manage to pull it off or were my hopes crushed like poor Sector 7 under the weight of Shinra's greed?

All you need to know about the recently released remake of 1999's Resident Evil 3: Nemesis can be found in a five word exchange that occurs about a third of the way through the main campaign. Just as the game's protagonist and proven action hero, Jill Valentine, has seemingly escaped the clutches of Raccoon City's apocalyptic zombie outbreak aboard a subway train headed for safety, the back of the train is abruptly pulled off in a glorious display of strength and bad-ass flames by the Umbrella Corp's bioweapon du jour, the titular Nemesis. With all hope seemingly lost, a grizzled old mercenary, whose name escapes me because it was never important, defiantly utters the sure to be iconic line "Get off my train, shitbird" before heroically sacrificing himself and buying Jill some time via suicide bombing. Truly the bard himself could have never concocted a more beautiful turn of phrase, and peak Schwarzenegger couldn't have hoped for a more fitting sendoff.

For most, the seminal cinematic moments of their childhood can still be easily visualized, and those same emotions from decades ago can be just as readily mined while reflecting upon anything from the tragedy of Bambi's mother to the majesty of E.T. and Elliott seemingly flying their bikes past the moon or the first time they saw the words "A long time ago in a galaxy far, far away" accompanied by that bounding John Williams score. One of the most vivid and cherished silver screen memories of my early (or some might say "Wonder") years involves a whole lot of Fred Savage and some heavy product placement from one of my favorite brands of all-time, Nintendo. I speak of course of the surprise Super Mario Bros. 3 launch that sets up the climax of one of 1989's proudest accomplishments - The Wizard. Despite being shocked by the Beyoncé-esque drop of one of the greatest games of all time, our hero doesn't falter and secures legendary "Video Head" status with a staggering 81,520 points to smoke the competition. Now, over two decades later, I have made it my life's goal (read: one random Saturday night's goal) to see if all these years of gaming have finally molded me into a supreme gamer who is worthy of being crowned "The Wizard".

Over the past couple of years, one of the most unexpected yet welcome additions to video games has been a rise in game developers utilizing pinball mechanics in non-traditional ways for exciting new takes on well established genres. Starting with the sublime marriage of pinball and Metroidvanias in 2018's Yoku's Island Express and further expanded in last year's dungeon crawler, Creature in the Well, the love poems to pinball may have reached their peak with the brilliant and addictive Peggle meets Slay the Spire magic of Roundguard.

After surviving 60 hours of brutally punishing bosses in Bloodborne, my first instinct was to move on to some far less stressful and easier, breezier fare. In the ensuing days, every time I booted up my PS4, I saw that Bloodborne icon and tried desperately to convince myself not to give into the temptation of initiating a sadistic New Game+ run just to see how skilled I had become. For a few nights at least, I kept the siren's calls at bay, but the following Saturday night while bored, I thought "What could possibly be the harm?" in checking out the latest FromSoftware Opus, Sekiro, which had been sitting on my Playstation since a super holiday sale last year. This compromise of playing something new would surely placate my desire for a challenge and allow me to move on with my gaming life. Naturally, this quick peak into the world of Sekiro soon blew up into a month of repeatedly dying until I could once again add another gaming badge of courage to my collection that can only come from defeating a Soulsborne game.

If the past few years of having this blog have taught me anything about my gaming habits, it's that I tend to blast through games as quickly as possible just to get to the next in an ever-expanding backlog of titles I've convinced myself I absolutely must play. Without such a "gaming ethic", I never would have been able to get through the 70+ titles I have each of the past two years. As a result, everything feels a little rushed, and I never truly appreciate the marvelous works unfolding before me.

Pwned and Operated
Blog at WordPress.com.