For most, the seminal cinematic moments of their childhood can still be easily visualized, and those same emotions from decades ago can be just as readily mined while reflecting upon anything from the tragedy of Bambi’s mother to the majesty of E.T. and Elliott seemingly flying their bikes past the moon or the first time they saw the words “A long time ago in a galaxy far, far away” accompanied by that bounding John Williams score. One of the most vivid and cherished silver screen memories of my early (or some might say “Wonder”) years involves a whole lot of Fred Savage and some heavy product placement from one of my favorite brands of all-time, Nintendo. I speak of course of the surprise Super Mario Bros. 3 launch that sets up the climax of one of 1989’s proudest accomplishments – The Wizard. Despite being shocked by the Beyoncé-esque drop of one of the greatest games of all time, our hero doesn’t falter and secures legendary “Video Head” status with a staggering 81,520 points to smoke the competition. Now, over two decades later, I have made it my life’s goal (read: one random Saturday night’s goal) to see if all these years of gaming have finally molded me into a supreme gamer who is worthy of being crowned “The Wizard”.

If, for some horrible reason like having parents as bad as the ones in this movie, you are unfamiliar with this masterpiece that deserves just as much recognition as The Goonies, here are the basics. Fred Savage is your prototypical late 80’s, early 90’s Bart Simpson type, who sets out to run away with his traumatized and possibly autistic brother, who child services is planning to put in a home. Soon, they discover that the brother is a “Wizard” at video games, and, with the guidance of a street-wise kid from Reno, they set off to prove he should stay with his family by finally beating 80’s bully extraordinaire, Lucas (seriously, eff that kid) and winning the $50,000 grand prize at the world’s first ever well funded e-Sport – Video Armageddon.  Along the way, they constantly evade the adults and systems that have failed them, bond, learn about life, and, most importantly, play a shit ton of video games. Given my undying love of all things Nintendo and the fact that I looked like a low budget Kevin Arnold, this film was clearly tailor-made to be a staple of my viewing habits from ages 5-10 or so.

Upon discovering that HBO Now had The Wizard streaming, I decided to indoctrinate my young daughter in its glory and prayed that my childhood would not be ruined by 21 years of a movie badly aging. If you’re interested in joining me on that wild ride, feel free to read through my live-tweeted adventure below.

For the next 2 hours this feed will transform into a destroying one of my most precious childhood memories feed as I rewatch “The Wizard” pic.twitter.com/rZpSYwUfOi

While countless games are played over the nearly 100 minute runtime of the movie, there are very few concrete examples of just how good Jimmy “The Wizard” is since a lot of the action takes place in classic 80’s montages or just simply features the surrounding characters acting amazed that he hasn’t taken a hit in games like Ninja Gaiden yet. Early on, though, the inciting action that sets our video game adventure in motion is the spunky latch-key kid Haley being immensely impressed by Jimmy topping 50,000 points at an arcade version of Double Dragon. Thankfully, with easy Nintendo Switch Online access to the best game to ever be turned into a Scott Wolf movie, I decided to give it a shot as an appetizer for the flying raccoon main course.

It turns out, the kid does indeed possess some serious skills. Through two attempts spanning about 40 minutes, my hi-score was only barely above 32,000. Sure Double Dragon was never a mainstay of my past, but given his prodigy-like ability to pick up a brand-new game and dominate it, it was also highly likely The Wizard had zero experience prior to setting his score. If I was going to have any shot at taking on his classic Video Armageddon mark, I was going to need to regroup (and pour some whiskey).

With a glass of whiskey in hand to calm my nerves and a fresh dedication to my life’s goal of the past 5 hours, I was prepared to take on the greatest challenge of my life (or at least since the epic Tecmo Bo-wl Challenge). Sure, for Jimmy there was a lot at stake including 50 large and the prospect of being put in a home for troubled youths, but my pride and childhood nostalgia were also at stake here! There would be only one 10 minute attempt to prove that all those years of gaming were worth it. Clearly though, it wouldn’t be enough to just cross that sacred 81,520 point threshold; due to the fact no one had ever played the game before and I have acquired two decades of abundant experience with it, I would have to absolutely obliterate it. Additionally, in full fairness’s sake, I would not allow myself to utilize any of the tricks I knew about the game including secret warps.

Beginning at World 1-1, I set out on the most ambitious journey I had taken since quarantine started. As the precious seconds counted down on my iPhone’s timer, the pressure mounted. I could practically hear that sweaty, far too old to be doing this announcer from the movie yelling out how my score was stacking up to gaming’s chosen one.

After blasting through the first stage, I found myself at 16,850 points and the previously thought to be unattainable seemed within my grasp. By the end of World 1-3, I was nearly halfway there at 36,020 points and less than 3 minutes off the clock. Even wasting time at a failed 1-up matching game with Toad wasn’t going to be enough to derail me in my time of glory. Quickly, World 1-4 and the Fortress fell, as did the initial goal. With 4 and a half minutes remaining, I stood at the precipice of immortality with a new “record” 83,490 points.

Perhaps my early success had gone to my head, as World 1-5 led to two quick and embarrassing deaths upon its treacherous slopes. If I couldn’t turn things around, my hopes of absolutely demolishing this poor, mistreated child’s record would quickly go out the window, so I found some comfort in another sip of rye and jumped back into the fray. Soon, World 1-6 and a brief Hammer Bros. detour had been left in the dust, and the ultimate symbol of my victory was within my grasp as I entered the World 1 castle with just about a minute to go.

Each painstakingly second that Toad’s words about his tragic king took to fill up my screen felt like an eternity, but eventually I was off to the airship and battling the scrolling screen in my quest to deliver a truly magnificent hi-score and total World 1 clearance. Pinpoint platforming would be required to deliver the 3 necessary blows to topple the most unfortunately named Larry Koopa with less than 20 seconds to go. The first came immediately, then a second. At last a third expertly laid blow sent his wand crashing down into my hands, and I watched the king thank me for rescuing him as the clock hit all zeroes ending my journey at a staggering 129,210 points, a full 59% increase over The Wizard’s Video Armageddon clinching score.

As I took a deep breath and sank back into my chair allowing the enormity of my achievement to wash over me, I couldn’t help but smile. All things considered, this challenge went just about as well as I could have hoped for when I first dreamt it up those 5 hours earlier. Somewhere deep in the recesses of space and time, I like to think five-year-old me stopped, gave an imaginary camera a thumbs up, and freeze-framed to memorialize my victory over a horribly mistreated fictional nine-year-old.

::In full on Kevin Arnold voiceover::

Sometimes, I still think back on that Saturday night in the Spring of 2020. I learned a lot about myself that evening that will never be forgotten. I learned that some 20 year-old movies for kids stand the test of time thanks to crippling nostalgia. I learned that if you try hard enough, you can accomplish your dreams. But, most importantly, I learned that as long as I have video games, I’ll find a way to keep from getting too bored during this quarantine even if my sanity has obviously been chipped away at. 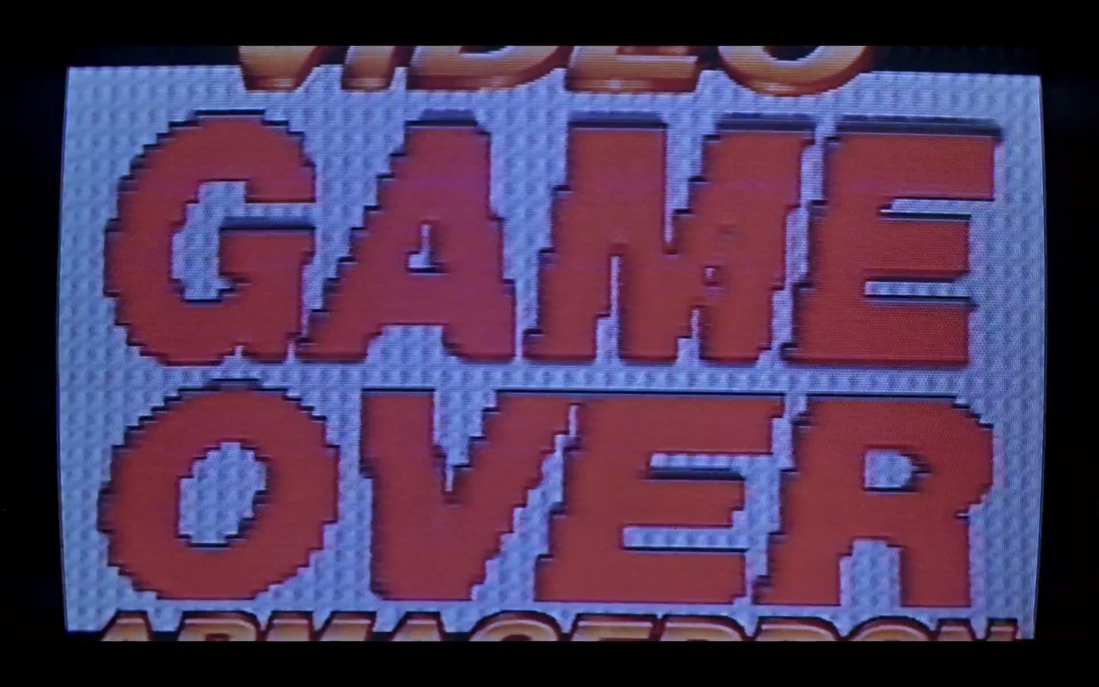 One thought on “From Fred Savage With Love: Attempting The Wizard Challenge”